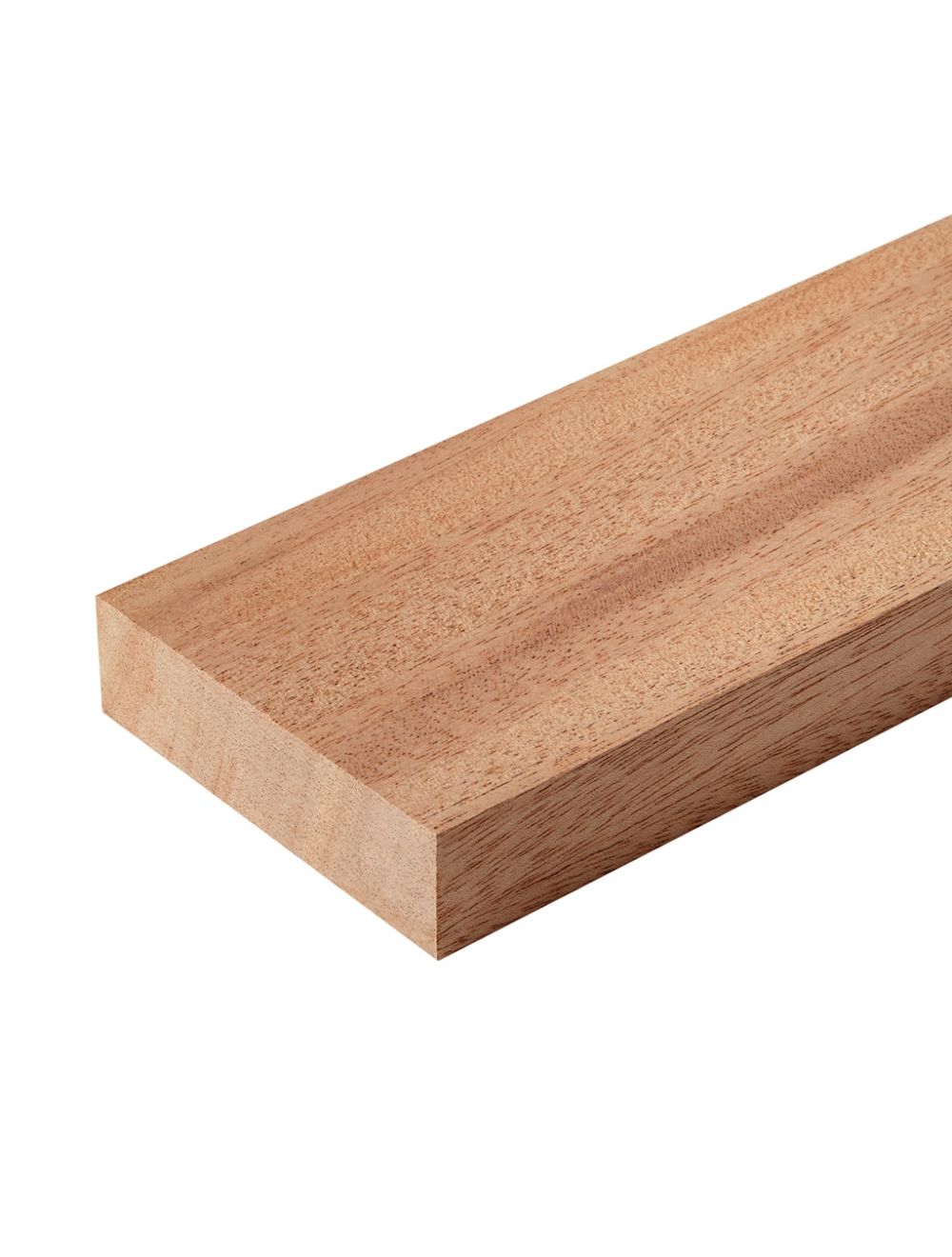 €10.00
Taxes not included
Availability: In stock
SKU
50988
Checkout now
Are you an Amazon customer? Pay now with address and payment details stored in your Amazon account.
Add to Wish List Add to Compare

Samanguila, also known as Acajou, is one of 5 species of African mahogany (Khaya ivorensis).

Although Samanguila is found in many habitat types it seems to thrive best in moist and wet undisturbed evergreen forest.

It is a light pinkish brown wood, darkening upon exposure to a reddish brown.

Samanguila is used for necks and heels for the more economical Spanish guitars.

It is denser than Cedrela odorata and not so highly regarded.

The heartwood color is variable, ranging from a very pale pink to a deeper reddish brown, sometimes with streaks of medium to dark reddish brown. Color tends to darken with age. Quartersawn surfaces can also exhibit a ribbon-stripe appearance. Grain is straight to interlocked, with a medium to coarse texture. Easy to work, glue and finish. Tearout can sometimes be a problem if the grain is interlocked. It is considered to be a valid substitute for American Mahogany (Swietenia macrophylla). Some of the most popular models of electric and acoustic guitars are made using this wood.