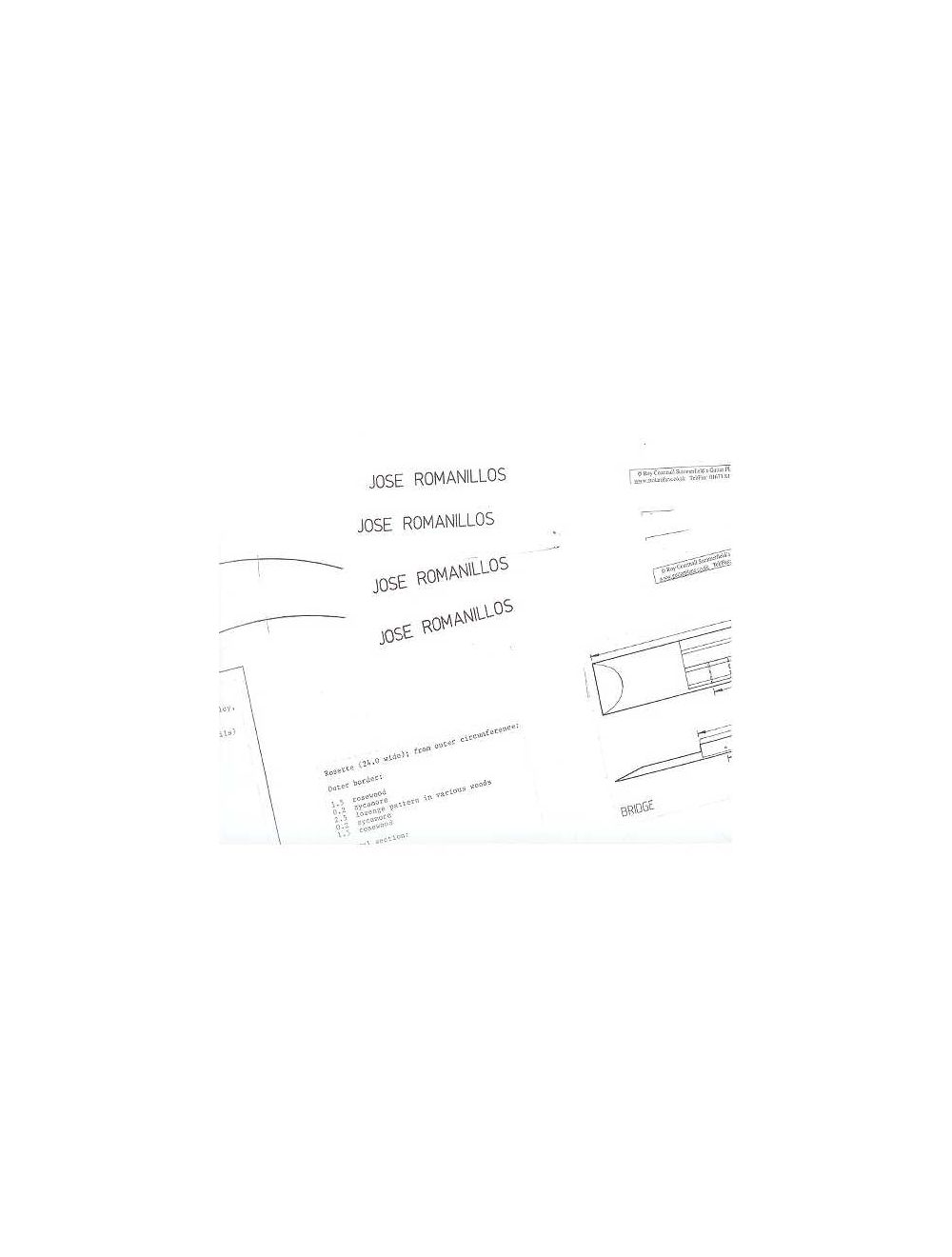 Be the first to review this product
Scale length: 650 mm
Four A-2 size sheets (420X594 mm)
Supplied rolled
By Roy courtnall
€28.60
Taxes not included
Availability: In stock
SKU
51568
Checkout now
Are you an Amazon customer? Pay now with address and payment details stored in your Amazon account.
Add to Wish List Add to Compare

These are detailed, full size plans of guitars by famous makers. Each plan is accurately drawn, and is based on a careful examination of the instrument concerned. They include all information needed to build a reproduction.

Jose Romanillos has a well-deserved reputation as the finest guitar maker working in the United Kingdom in recent years. From the 1970s, when he collaborated closely with the guitarist Julian Bream, Romanillos´ guitars began to be appreciated all over the world. Not only did he start making guitars with superb tonal qualities, but his supreme craftsmanship was unrivalled. Of particular note is his remarkably beautiful rosette design, now copied by many new makers. He based his work closely on earlier guitars by Torres and Hauser, but went on to introduce his own innovations in design, finally achieving what he describes as"the true Spanish sound". He has developed several innovative strutting designs, but always closely based on the principles of Torres. For the guitar maker who has constructed a few guitars refering to the Torres plan, it is suggested that the Romanillos plan would be an ideal one to move on to, as it provides a greater challenge due to its complexity of design. The plan in fact gives two different strutting designs that Romanillos has used over the years, enabling the guitar maker to study closely the work of the greatest British-based guitar maker of the 20th century.